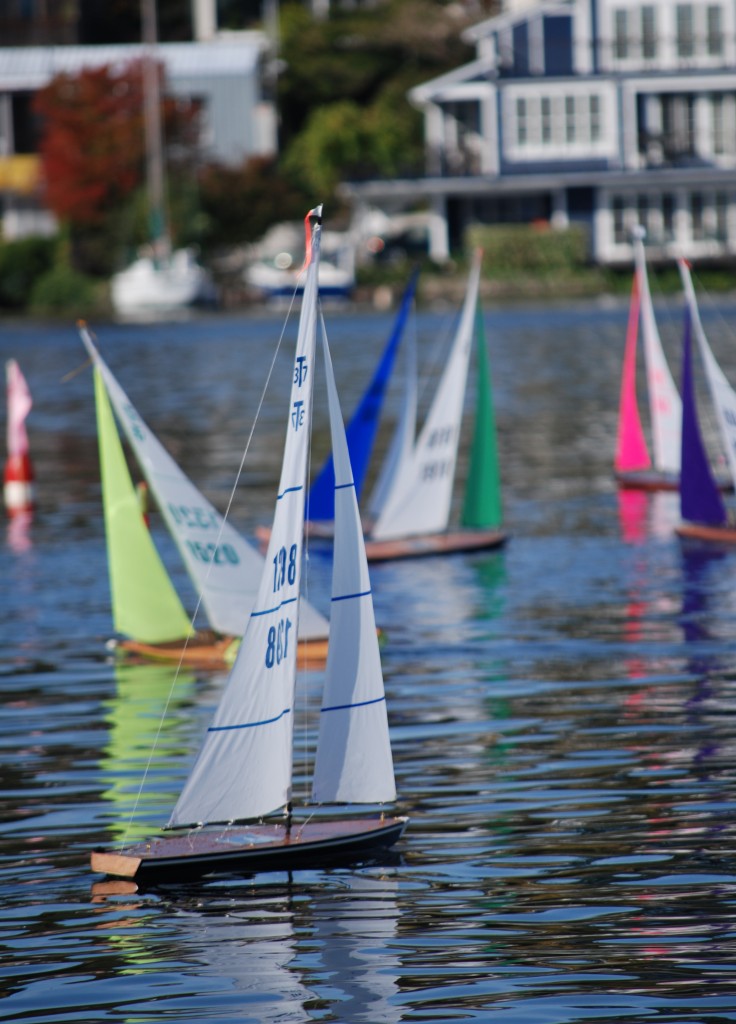 With over 3075 T37 Racing Sloops sailing across the world, T37 fleets have emerged around the US to bring like-minded sailors and racers together for competitive and fun racing! Whether match-racing with just two boats or sailing with 20 others, T37 sailing is fun for sailors of all ages and experiences. The T37 Class is sanctioned by the American Model Yachting Association 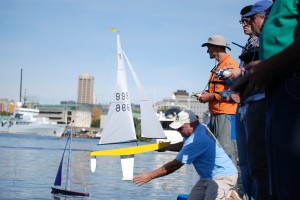 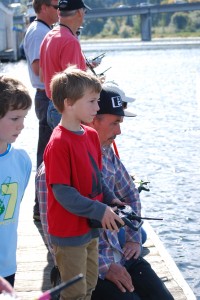 Some of the biggest T37 fleets are located in the Pacific Northwest; one of the fastest growing of these fleets is the Port Townsend, Washington fleet. Since its formation only a few years ago, the fleet has grown from zero boats to 43 boats. Many of these current fleet members found the fleet by walking past the pond and seeing how much fun other T37 racers were having! 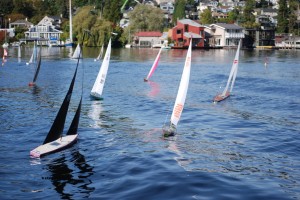 Because the T37 Racing Sloop is a one-design class, sailors do not have to buy expensive boats or fancy sails to 'get an edge'; instead, T37 racing is about strategy and model boat racing skills. Many of the sailors have never sailed sailboats or model sailboats before racing the T37. Many other T37 sailors have sailed and raced 'big boats' for many years; Carl Buchan and Jonathan McKee, who have won Olympic gold racing the Flying Dutchman sailboat, are both active T37 racers (Carl Buchan finished 3rd at the 2012 T37 US National Championships).

For sailors in the Pacific Northwest, the Pacific Northwest Model Yacht Club (pnmyc.org), for many years under the direction of Commodore Allan VanNess, and now under the able leadership of Commodore Ron Knight, organizes many sailing events for sailors across the region from Portland, Oregon to Vancouver, British Columbia. While activities are centered in and around Seattle, PNMYC regattas are also held in the San Juan Islands, Bellingham, and other areas around the Northwest. 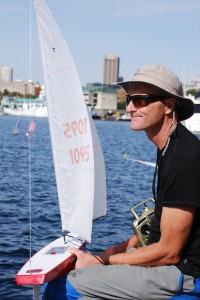 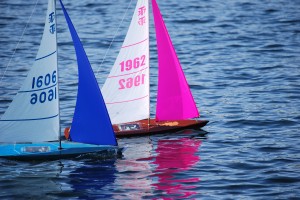 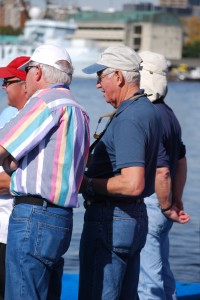 These days, most competitive racers are sailing with the T37 Racing Upgrade Racing Sloop, which can be purchased here. Have more questions? Ready to start your own fleet? Want more information about joining a fleet? Call us-- 1-800-206-0006-- or send us an email (fun@modelsailboat.com)!